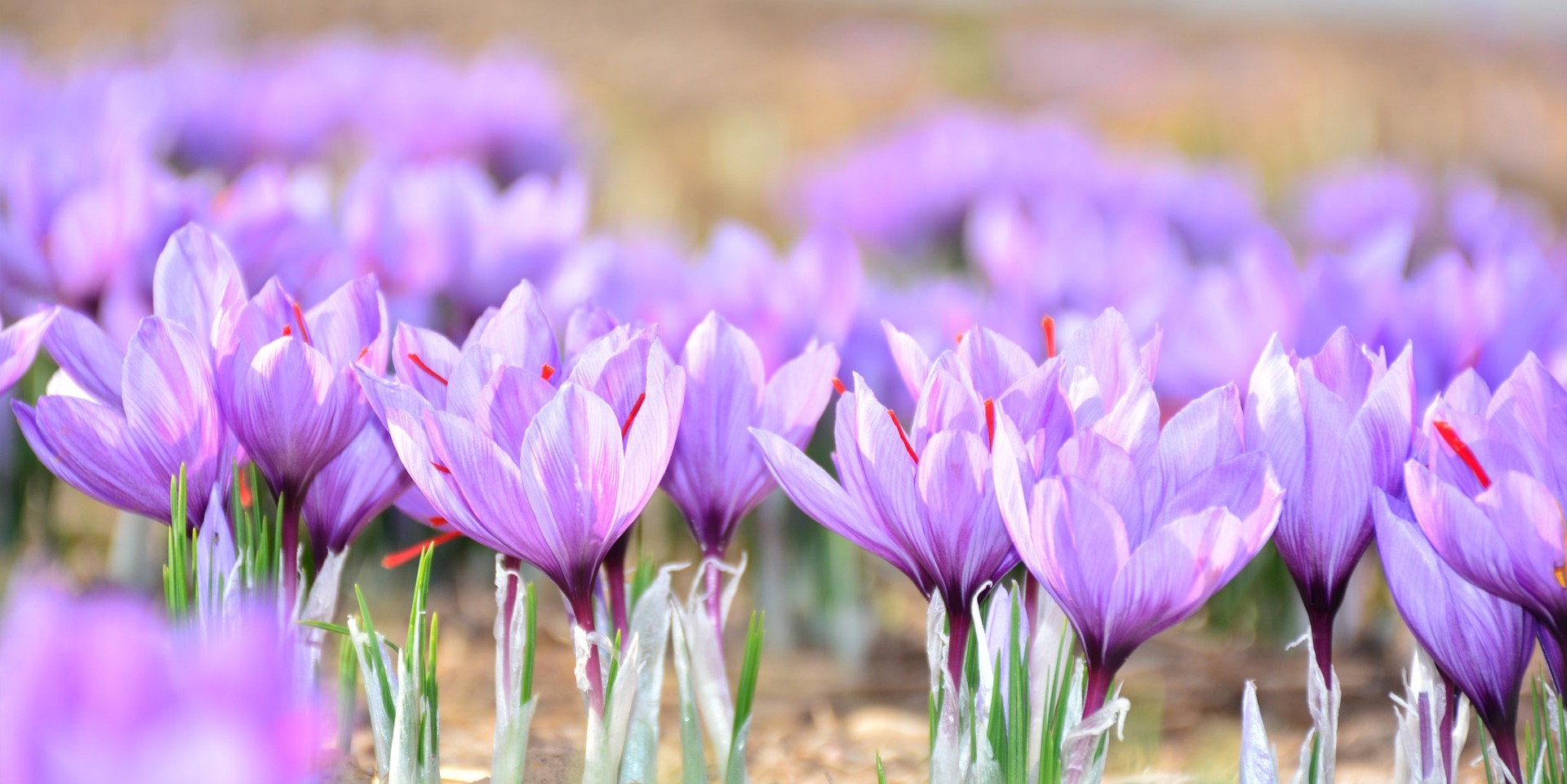 All the figures regarding saffron are approximate. Much of the data is contradictory, and this is mainly due to fraud.

Actual world production is estimated at between 120 and 130 tonnes annually. The largest producer of saffron is Iran with 80 to 100 tonnes. Half of this production would be destined for export.

Kashmir produces 10 to 30 tonnes of a reputed saffron, but the country’s very high domestic consumption and export ban limit exports, which have become virtually non-existent.

The countries of the European Union produce a few tonnes annually, Greece produces more or less 6 tonnes, mainly in the Kosani cooperative. Morocco produces 3 tonnes of saffron annually in the Taliouine region.

There are also a few small productions in England, New Zealand, Tasmania, China, Egypt, Turkey (especially in the saffron region, which takes its name from the spice), in Afganistan as a poppy substitute crop and in the United States, the Pennsylvania Dutch saffron, known for its earthy notes, produced in very small quantities.

Prior to 2013, all saffron consumed in Canada was imported. As exporting countries are heavy consumers, they retain their best saffron for domestic consumption, and therefore availability in Canada was only 2nd and 3rd quality saffron. Moreover, it’s often traded in the hands of cutters and wholesalers who carefully alter the merchandise, increasing its weight and reducing its quality.

Today, there are more than twenty saffron farmers in Quebec!

Currently, fraud in the global saffron market is estimated at more than 75%. The amount of saffron pistils harvested annually by saffron growers around the world is out of step with the amount of saffron sold. Like anything that is expensive, saffron attracts fraudsters and a large part of the saffron sold on the market  is counterfeit saffron. Already in the first century, nothing was more falsified than saffron. In 1358, saffron was the subject of one of the first food laws, called Safranschau applied in Nuremberg, Germany. The Act dealt exclusively with the quality of saffron and was punishable by the death penalty. Fraudsters found guilty were burned, or buried alive, along with their adulterated merchandise.

Market figures, it trades between 300 to 400 tonnes of saffron annually, while world production is only estimated between 120 to 130 tonnes. It would thus sell 2 to 3 times more saffron in the world than actual production.

Most cheating is done on weight, either by incorporating herbs, other filaments and various substances, or by reducing the drying time, or by mixing other substances, sweet or salty, which weigh down the merchandise. The addition of artificial dye is also very common in the ’safran’ trade.

To avoid buying a counterfeit product, always buy your saffron in the form of pistils or stigma, although this precaution does not completely protect you. It is always best to buy the precious spice directly from a producer. Also be aware that any saffron sold at low prices is suspicious.

Some clues to detect fraud and alternatives:

Saffron keeps all its aroma for 3 to 4 years — check the harvest year, which should always be specified on the packaging.  Properly stored saffron threads generally stay at best quality for 2 to 3 years.

The stigmas should be dark red, 2-3 cm long, thin and flared at the end. (It’s a guarantee of quality.)

White filaments or yellow stamens in saffron betray an unskillful or fraudulent pruning.

Saffron sold as stigma crumbs is often old and of poor quality.

A saffron pistil caught between two wet fingers colours them yellow and not red, unlike dyed filaments.

Infused in a small amount of water, a pure saffron pistil turns the water yellow by remaining red itself while a dyed pistil will lose its color by coloring the water.

Saffron has a slightly bitter taste — if it tastes sweet or salty, it has been altered.